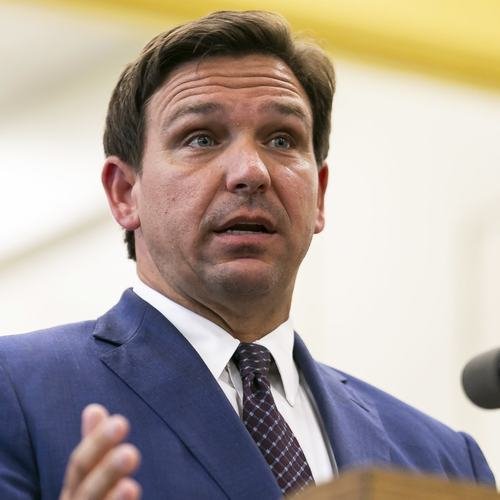 How is the media covering Ron DeSantis? 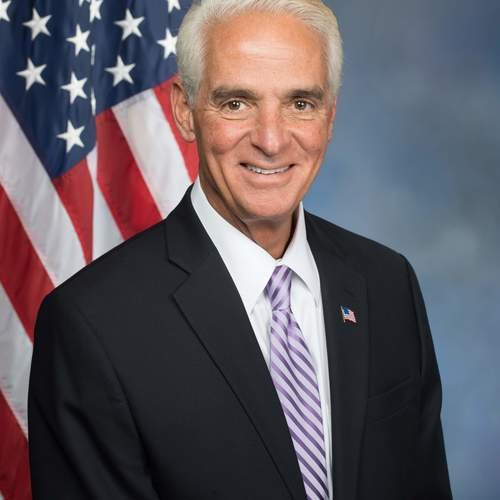 D
Charlie Crist
Ronald Dion DeSantis is an American politician and attorney serving as the 46th governor of Florida since 2019. Before assuming the governorship, DeSantis served as a member of the U.S. House of Representatives for Floridas 6th district. DeSantis was first elected to Congress in 2012, defeating his Democratic opponent Heather Beaven. During his tenure, he became a founding member of the Freedom Caucus and was a known ally of President Donald Trump. DeSantis frequently criticized Special Counsel Robert Mueller's investigation into Russian interference in the 2016 U.S. presidential election. He briefly ran for U.S. Senate in 2016, but withdrew when incumbent senator Marco Rubio sought reelection.
2022 Governor/Gubernatorial Election
Florida Governor/Gubernatorial Election
Location of Coverage About Ron DeSantisBased on 3,259 recent stories
25% Local Coverage66% National Coverage9% International Coverage

How is the media covering Ron DeSantis?

50% Center coverage: 14 sources
Florida Gov. Ron DeSantis (R) is set to publish a memoir next year amid increasing speculation that he will run for the White House and challenge former President Trump for the GOP nomination.See the Story
Ron DeSantis · Florida

60% Right coverage: 10 sources
Republican Gov. Ron DeSantis put his weight behind dozens of conservative school board candidates across Florida during the midterms. Now they're in office and are purging some educational leaders who enforced Covid-19 mandates. In Brevard and Sarasota counties, embattled school leaders have faced immediate pressure from newly-installed board members.See the Story
US & Canada · Tallahassee

91% Right coverage: 11 sources
Apple, one of the most powerful tech companies in the world, is acting as a subordinate to the wishes of the Chinese Communist Party by restricting the usage of its AirDrop feature within China, Florida Republican Gov. Ron DeSantis claimed Tuesday. See the Story

Gov. DeSantis book ‘The Courage to Be Free’ coming Feb. 28

Coverage: 6 sources
The long-rumored memoir by Gov. DeSantis is coming out next year. The HarperCollins imprint Broadside will release The Courage to Be Free: Florida's Blueprint for Americas Revival. The announcement, Wednesday, Nov. 30, 2022 comes in the wake of DeSantic's decisive reelection victory.See the Story
Twitter

Apple could sink Elon Musk's Twitter by yanking it from the App Store. But it would put Apple in jeopardy too.

75% Right coverage: 4 sources
Elon Musk claims Apple threatened to remove Twitter from its App Store. Apple could find a reason to take Twitter off the App Store, and doing so would devastate the company. Apple's policies say that apps with user-generated content, like social media platforms, must have strong content moderation systems.See the Story
Ron DeSantis

Ron DeSantis due to release autobiography in February amid 2024 speculation

34% Center coverage: 3 sources
Florida Gov. Ron DeSantis will release a book early next year, CNN has learned. The book will be titled "The Courage to Be Free: Florida's Blueprint for America's Revival" The book is set to be published by Broadside Books, a conservative imprint of mega-publisher HarperCollins.See the Story
Ron DeSantis · Florida

Ron DeSantis Will Not Wear Well

34% Center coverage: 3 sources
A must-read piece from Mark Leibovich on Gov. Ron DeSantis and his presidential ambitions: “People who haven’t met him think he’s a hot commodity. People who have met him aren’t so sure.”See the Story
Ron DeSantis · Ecuador

100% Center coverage: 1 sources
Florida Gov. Ron DeSantis will publish an autobiography in late February, his publisher announced Wednesday. The book is titled "The Courage to Be Free: Florida's Blueprint for America's Revival" It follows others published by leading Republicans who have indicated their intentions to run for the GOP nomination.See the Story
Ron DeSantis · Lake City

DeSantis memoir coming out next year

The long-rumored memoir-policy book by Florida Gov. Ron DeSantis is coming out next year. The HarperCollins imprint Broadside will release "The Courage to Be Free: Florida's Blueprint for America's Revival" on Feb. 28. This content is available to subscribers only. You must be a subscriber to access this content.See the Story
Apple · United States

100% Right coverage: 1 sources
OAN NewsroomUPDATED 4:06 PM PT – Wednesday, November 30, 2022 Governor Ron DeSantis traveled to Jacksonville to announce a $5.5 million grant to improve rail connectivity. While he was there, DeSantis weighed in on Apple working with the Chinese Communist Party to seemingly suppress protests there. One America’s Neil W. McCabe has more from Florida.See the Story
Ron DeSantis

Ron DeSantis gets the frontrunner treatment

100% Left coverage: 1 sources
Florida Gov. Ron DeSantis is getting the digging, probing and prodding that comes with being (one of) the potential frontrunners for a presidential nomination. These sorts of stories can have a major impact in how a politician is introduced to a national audience. How he emerges from this first vetting process could tell us a lot about just how viable he would be against Trump.See the Story 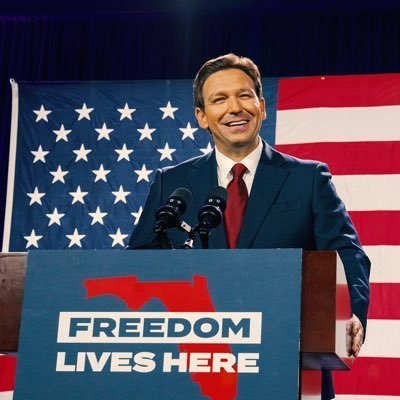